Rauma is known as Finland’s largest export port for paper. The port area belongs to the town of Rauma, but it is operated by an international port operator Euroports.

The latter employees 550 people in Rauma.

Rauma port in a nutshell:

Vessel traffic in 2018 according to the port of Rauma:

Positive increases in volumes in export could be seen especially in paper and general cargo. Approximately 1/3 of Finnish paper is exported via port of Rauma. Shipments of sawn goods were less than expected, thus halting a positive growth. The most significant growth in import was in round wood.  A decrease in the export of liquids and grain and in the import of oil products, general cargo and grain could be seen.

According to Tanja Angelova, the administrative director of Port of Rauma, the overall traffic volumes and container volumes have decreased a bit in 2018. Larger vessels have though been able to enter the port thanks to the deepening of the berth.

“Even though we are behind in volumes compared to 2017, we do believe that we can increase the amounts again in 2019. We already have all the operating conditions for this,” she wrote in a press release.

“The completion of the expansion of the container terminal was the most significant event of the year 2018 together with the start of the construction of a new expansion area.”

Check here which vessels are at the deck right now 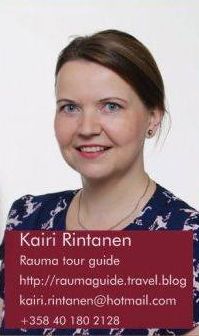